Daintree handed back to traditional owners 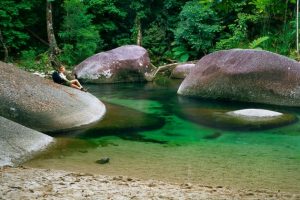 Four Qld national parks including the Daintree rainforest will be handed back to traditional owners the Eastern Kuku Yalanji people in a historic deal with the state government.

More than 160,000 hectares of land in north Queensland stretching from the Daintree north of Port Douglas to south of Cooktown will be jointly managed before a full handover is made to the Kuku Yalanji people.

As an added highlight of this tour takes you to hike out on Dunk Island. Staying in gorgeous accommodation in pristine habitats, with the daily possibility of seeing cassowaries, dugongs, tree-kangaroos, and a veritable host of other animals, this tour brings you as close to a literal paradise on earth as you can get. 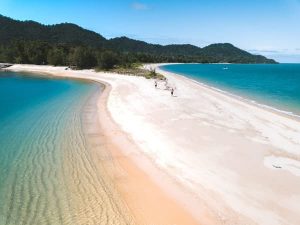 The agreement was signed by Environment Minister Meaghan Scanlon, Aboriginal and Torres Strait Islander Partnerships Minister Craig Crawford and representatives from the Eastern Kuku Yalanji People on Wednesday at a special ceremony in Bloomfield, north of Wujal Wujal.

The Daintree, Ngalba-bulal, Kalkajaka and the Hope Islands National Parks (Cape York Peninsula Aboriginal Land) will now be jointly-managed by traditional owners and the Queensland Government, while a new nature refuge will also be created.

“The Eastern Kuku Yalanji people’s culture is one of the world’s oldest living cultures and this agreement recognises their right to own and manage their Country, to protect their culture and to share it with visitors as they become leaders in the tourism industry,” Minister Scanlon said.

She added that the national parks will protect aboriginal cultural sites, ecosystems, wetlands and mangroves while forming part of the Wet Tropics World Heritage Area.