Ben Boyd NP to be renamed over slave trade link 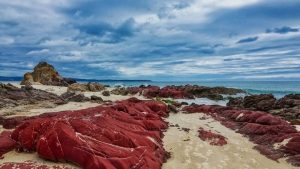 If you ever do Life’s An Adventure’s 3-day pack-free Light to Light walk in southern NSW you’ll pass through Ben Boyd National Park and Boyds Tower.

However the national park is due to get a name change after the businessman it was named after was found out to be involved in the slave trade.

Historians say the 19th-century businessman, Ben Boyd, (1801-1851) coerced people from the South Pacific to come to NSW to work on his estates.

“It is time to acknowledge the real history of Ben Boyd and remove his name from the national park that continues to hold enormous cultural significance for Aboriginal people,” NSW Environment Minister Matt Kean said.

The decision follows a push from South Sea Islanders and Aboriginal and Torres Strait Islanders who were concerned Ben Boyd’s association with ‘blackbirding’.

Blackbirding refers to the practice of kidnapping or tricking Pacific Islanders to work in Australia for no or little pay.

A historian commissioned by the NSW National Parks and Wildlife Service to investigate the Scottish businessman’s history on the South Coast found he brought 192 men and women to NSW to work on his estates and ships in 1847.

Even at the time, his practices were seen as a form of slavery by critics.

“It is clear from the expert historical analysis that Ben Boyd’s association with ‘blackbirding’ should not be reflected or celebrated in any way in our national parks,” Mr Kean said.

“There are many people from NSW’s early history who are worth remembering and celebrating, but it is clear from this historical analysis that Ben Boyd is not one of them.”

Consultation will now begin with First Nations community representatives to find a new name for the park.